‘Prayer is the deliberate and steadfast action of the soul’ wrote Julian of Norwich. At its most basic level, prayer is simply talking to God, but the nature of prayer – what it is, how it works, how it benefits us and others – has much greater implications. 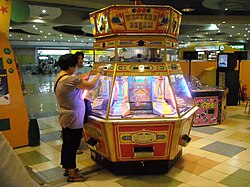 Prayer tip #1: God is not a slot machine

There are some common misconceptions about prayer that are rarely spoken of within the Church, which is a huge shame. These misconceptions can lead to a sense of distance between oneself and God, diminished relationships with God and with fellow believers, a sense that God isn’t really listening or, worse, an idea that God is like some kind of heavenly slot machine who will give me what I want if only I can pray the right words, or have enough ‘faith’ (this is not faith – this is superstition, hence the inverted commas), or do the right things (this is living by rules instead of grace – also false). But God has never been a heavenly slot machine!

Right through the bible, from the very beginning, God communicates with His people on His terms – and these terms are always those of love, of relationship, not seaside superstition.

But now thus says the Lord,
he who created you, O Jacob,
he who formed you, O Israel:
Do not fear, for I have redeemed you;
I have called you by name, you are mine.

Richard Foster and Gayle Beebe write about Thomas Aquinas’ ideas on prayer in their book ‘Longing for God’. They write that he identified several problems or ‘mistakes’ about the nature and function of prayer:

‘Prayer is not telling God what we think, or simply thanking Him for His provision of food and drink. Rather, it is our active, intentional effort to understand what God is doing and how we can join Him. Thus through prayer we become co-participants with God. God’s will sets everything in motion. Our will, directed by devotion and prayer, allows us to participate in His purposes.’

Prayer is a gift, a wonderful gift.