No one can become a truly biblical adult without setting some limits… Otherwise, we never know if we have forged our own values, beliefs, and convictions – our very identity – or if we are mimicking the ideas of our family… if you have never questioned, set boundaries, or experienced conflict with your family members, you may not have an adult-to-adult connection with your family… You may be afraid of separating, individuating and becoming an autonomous adult.

From Boundaries in Marriage by John Townsend and Henry Cloud

(as quoted in the ‘Boundaries’ email devotional from biblegateway.com)

Well that seems very pertinent to me, both from the perspective of a woman who never had the opportunity to ‘grow up’ properly – a combination of illness, abuse from brother and (first) spouse, and a highly passive aggressive mother – and from the perspective of the same woman with two teenage children who are testing the boundaries and trying to establish their own sense of autonomy, one of whom has autism and learning disabilities so may well have limited autonomy. They never actually say these words, but the majority of what they do seems to be saying ‘who am I?’ I pray Prince and Fluff find their answers framed by Christ, but they have to be given the freedom and respect to discover Him for themselves. I can’t worry and fret over them or I’ll smother them, despite wanting so desperately to protect them and to share with them this gift of grace.

Plus, I have two teenage children. That makes me so old. Of course, when you’re a teenager anyone over 30 seems positively ancient, but I have to remind myself that I’m not yet 40. I have plenty of life left, God-willing. The bizarre thing is that, because of everything I’ve been through, I’m still figuring out who I am, so it’s doubly difficult to be able to parent someone else through it (the only conclusion, so far, is that I am somewhat eccentric). But we muddle through, by grace. Always by grace, thank God. 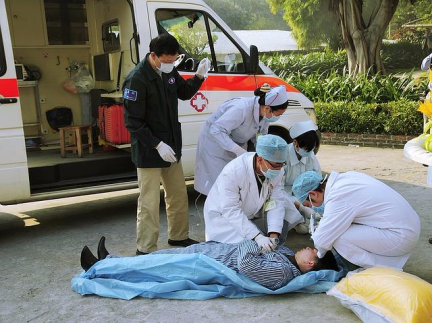 Another trip to Accident & Emergency last night. I’m sure all parents can relate. We used to go several times a year because at least one child would have injured themselves falling off a skateboard, jumping off a swing, or hurtling down the stairs. I wonder if children in families with restricted television go to A&E more often, statistically speaking, than whose for whom telly/social media is unrestricted?

It wouldn’t be so bad but the nearest A&E is a 30-40 minute drive and it wears me out, so no church this morning (also 30 minutes away). Fluff’s friends, Pippa and Caitlyn (aka The Twins), came with us because they were already with us for a sleepover, so it made for a rather raucous rabble entering the hospital (in a way that only 13-year-old girls can be). I was glad, in some ways, because they kept Fluff entertained and even carried her from the car to the hospital entrance.

Fluff and Chip did their first ever show jumping yesterday afternoon and Fluff’s horse stood on her foot. When the foot turned blue and swollen later I didn’t want to risk not going to hospital. But I really miss it when we don’t go to church. We didn’t go last week either because Fluff was at Pippa and Caitlyn’s for a sleepover and I had to pick her up.

If you have children, do you sometimes get the impression that your role is chiefly that of general dogsbody and/or chauffeur? My life seems to exist as a sideshow to that of my kids, especially because I end up wearing myself out doing it all, so have no ‘spoons’ (see Spoon Theory) left over.

So what are you going to do about it? That’s what I’d like to know… ~ Paul Simon

Christ calls us to be servants, and this is why I do serve, but I have begun to wonder if I am actually indulging my children in my ‘serving’. So I have ordered a copy of Boundaries with Teens: When to Say Yes, How to Say No by John Townsend, who also co-wrote the life-changing Boundaries: When to Say Yes, How to Say No, to Take Control of Your Life. The latter should be required reading for anyone who has experienced abuse or co-dependency, or who grew up in a dysfunctional home. Many who have not experienced these sorts of problems don’t realise quite how much ‘self’ is lost, or how incredibly damaging that is. I didn’t even know that I could make boundaries between myself and other people before I read this book. I had the vaguest idea because I’d heard other people talking about it, but because childhood abuse (particularly sexual abuse but not exclusively) robs the victim of personal boundaries, people could impinge on me with impunity and I didn’t even know they were doing it. No wonder I ended up in an abusive first marriage. I just thank God that He eventually put a stop to it all.

‘Boundaries…’ is full of sound, practical advice and the authors are devout Christians so each part is linked to the bible and the wisdom within. An excellent and life changing book, I also have high hopes for the ‘Boundaries with Teens’ version.